Located along Interstate 10, and nestled along the banks of the Guadalupe River, Seguin, Texas is strategically positioned for business and growth. The City of Seguin is located thirty-five (35) minutes east of San Antonio, fifty-five (55) minutes south of Austin and about two and a half hours (2½) west of Houston.  Seguin offers immediate access not only to Interstate 10, but to State Highway 130, the safe, fast and reliable alternative to congested Interstate 35 in Central Texas.

Along with easy access to some of Texas’ major highway arteries, Seguin is in close proximity to Union Pacific's San Antonio Intermodal Terminal (SAIT), a $100 million state-of-the-art facility designed to support the growing intermodal volume in southern Texas. This expansive facility is designed to handle 250,000 annual container lifts and is positioned to serve markets across South Texas.

Additionally, Seguin is located within 60-minutes of two international airports (San Antonio International Airport and Austin-Bergstrom International Airport) and two deep water ports (Port Corpus Christi and Port of Houston), providing a premier location for manufacturing, distribution and logistics companies. Seguin’s strategic location provides easy access to 4 of the United States’ largest consumer markets, allowing manufactures to get their products to millions of consumers, all within a 5 hour drive. 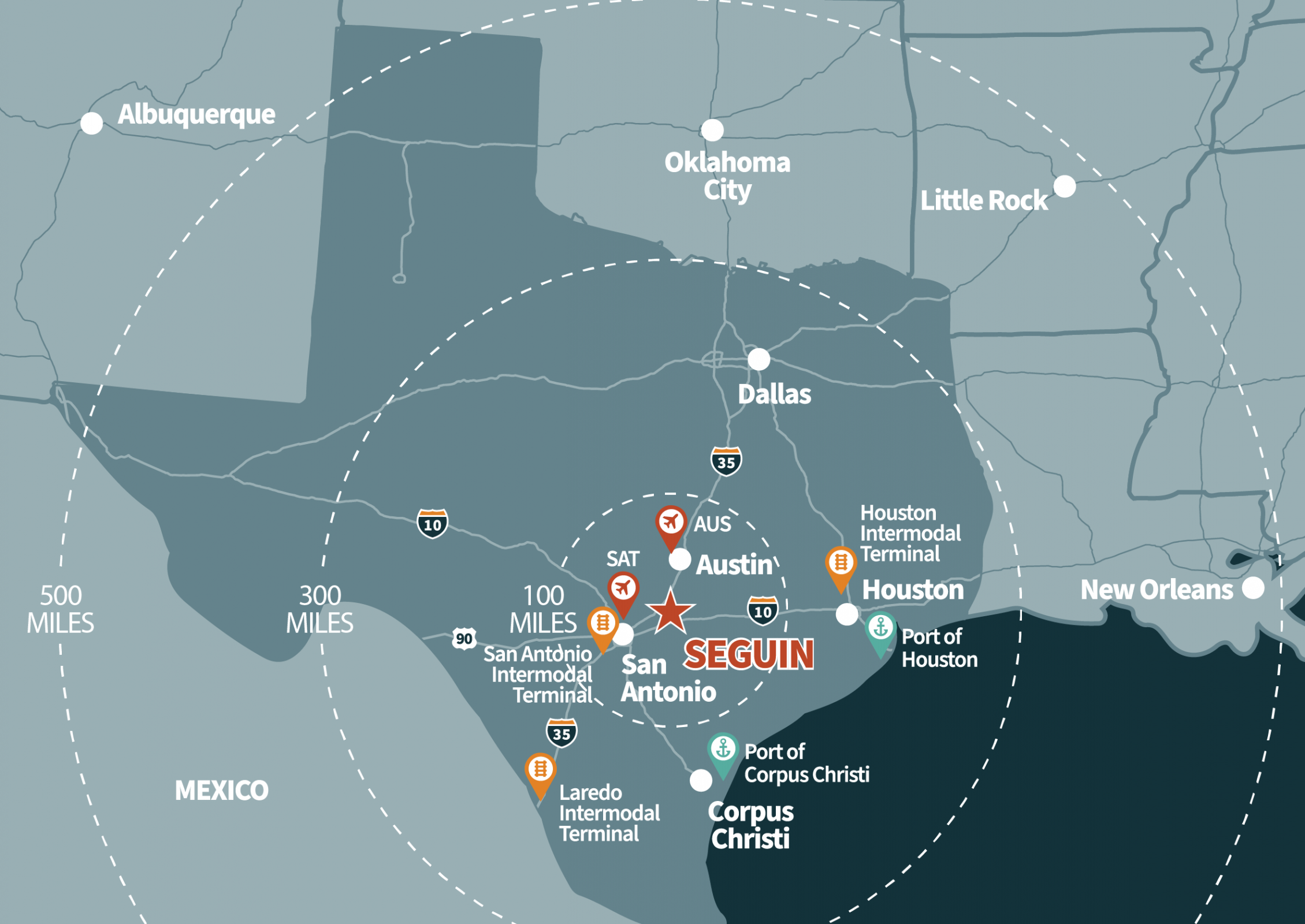 Seguin is serviced by a Union Pacific Rail Line that runs east to west through the city center; providing freight transportation to local industry. Additionally, Seguin is located in close proximity to major railroad terminals and intermodal railroad terminals. Seguin is approximately 36 minutes away from the Amtrak railroad station in San Antonio and 46 minutes away from Union Pacific’s San Antonio Intermodal Terminal off I-10.

SAIT is a $100 million state-of-the-art facility designed to support the growing intermodal volume in southern Texas. Covering more than 300 acres, this expansive facility is designed to handle 250,000 annual container lifts and is positioned to serve the cities of San Antonio, Austin, Eagle Pass and Laredo, as well as the entire south Texas market. Click here to learn more about Union Pacific's San Antonio Intermodal Terminal.