(Seguin) — The city is working on another economic development deal. This one would help to rehabilitate an old building on North Austin Street near the railroad tracks. Developer Jason Howell wants to rehab the Hugo Starcke Building located in the 1400 block of North Austin Street.. The council agreed on Tuesday to loan Howell $100,000. The money comes from the city’s downtown loan pool.

“We have about $100,000 left in our loan pool, plus $17,000 that’s been paid back from the one loan that’s already been allocated. We have received a new application for a new loan for the rehab of the Hugo Starcke Building, which is at 1419 N. Austin St. The applicant is looking to turn that into five commercial bays for future retail and office and restaurant space,” said Kramm.

Howell originally sought $200,000 for the project. He’s already invested approximately $215,000 into the building. Howell is no stranger to the city’s downtown loan pool. In fact, he’s the only developer to ever tap into the funding source. Howell received a $150,000 loan from the city to construct six second floor apartments in his building at 101 S. River St. in downtown Seguin. It took some time for the work to be completed, but they were all finished in March of this year, and staff says they are now all fully leased.

The downtown loan pool primarily is to be used for properties in the downtown historic district, but the city’s program also allows for it to be used to address properties along North Austin Street between Kingsbury Street and the railroad tracks. That’s how the Hugo Starcke Building became eligible to apply. 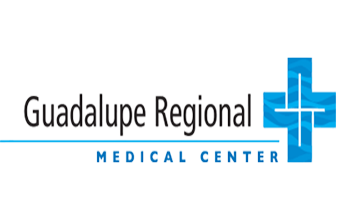 Seguin Gazette: New eatery brings a little bit of everything to the table