A pair of brothers have come to town to spread seasonal cheer year-round as owners of downtown Seguin’s latest shop.

In a forrest of Christmas trees, surrounded by angels, nutcrackers and many other Christmas-themed decorations, Tom and Bobby Long are buzzing like Yule elves around their new shop, Father Christmas, 101 S. River St.

The duo worked in retail for more than 25 years, beginning with running a Pier 1 Imports store several decades ago, and eventually transitioning to owning a company called Shop The World, Tom said.

“In 1974, Pier 1 was buying a lot from the Czech Republic and Poland and Germany, the ornaments, the ones that are hand blown, not like the Chinese ones they have now and we fell in love,” Tom said. “Every year after that we started carrying more Christmas and more Christmas, and finally, it got to be where we were carrying mainly Christmas.”

After selling both of the Shop The World locations, Tom and Bobby geared up for a short lived retirement, Tom said.

“After about six months, we were gonna pull our hair out — what hair we have left,” Tom said. “We couldn’t do it. We did a Christmas store the year before, and I thought, ‘well, why don’t we just do Father Christmas.’”

The Long brother’s arrival in Seguin was no accident. With a little help from a local real estate agency and guidance from Main Street and CVB Director Kyle Kramm, the duo’s holiday-themed store is now the latest attraction to the downtown Seguin.

“We were coming from Fredericksburg, and at the last moment, I told my brother turn off. I said, ‘go back into Seguin, and let’s look one more time,’” Tom said. “I wouldn’t have come had it not been for Kyle and the city. He’s been the one that has helped us with issues. He’s incredible.”

“I specialize in vintage,” Tom said. “He (Bobby) specializes in the newer [products], but it is a good mix of old and new, and we try to do the trends.”

This year’s style is navy blue and black and white check, Tom said.

“It’s called buffalo check, and it’s going to be everywhere,” he said. “You can tell what’s going to be popular when you walk into the showrooms in Atlanta and Dallas. Every showroom will have their own tape, but it’ll be the same color pattern.

“We noticed it last year coming out, and this year it’s everywhere. So you’ll see black check everywhere.”

During their time in Victoria, the Longs garnered a following for their holiday-themed goods. One of their customers from Victoria made the drive to Seguin to check out the brothers’ new store on Thursday.

“I’ve dealt with them for many many years, and they’re very good people,” Dalia Jimenez said.

Since Father Christmas opened its doors at the end of August, customers from around the area have perused its decked halls, Tom said.

“There are people that love Christmas and will buy Christmas, and we’ve had people from New Braunfels, San Antonio, San Marcus, Seguin, all areas who are coming in here,” Tom said.

Tom believes that the reason people are crazy about Christmas is nostalgia and escapism.

“Right now, I think people are gravitating to anything to get away from politics and the virus,” Tom said. “And I think it reminds them back when they were growing up, and it’s a simpler time, it’s less stressful, and I think that’s what people want right now. People are ready for something happy.”

Seguin Daily News: Downtown businesses to get a facelift

July 4th parade to march on 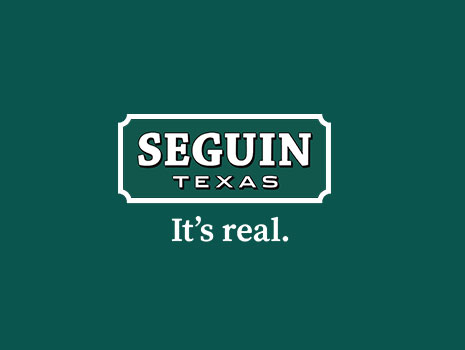