THE IT FACTOR(Y) How a manufacturing hub bloomed in Seguin 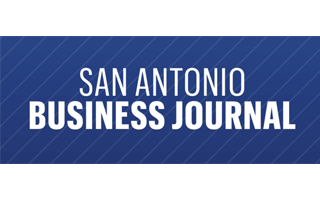 When C.J. Sibert visited San Antonio in March, he was surprised by how little manufacturing space he saw offered.

Sibert, CEO of Cisco Equipment, needed a place big enough to store the construction equipment he was selling to clients in South and Central Texas. He quickly realized, however, that finding such a space was not going to be easy.

“We were expecting to find a lot of facilities open, a lot of things ready to go,” Sibert said. “We were … surprised that there just weren’t a lot of options."

Though Sibert checked out a few locations in New Braunfels that seemed to fit the bill, it was when he stepped into a 34,000-square-foot facility in Seguin that he knew he’d found the one.

“It was, without a doubt, our favorite location,” he said.

So his company bought the building and, at the time of publication, listed the Seguin office as its only location east of San Angelo.

The Cisco facility is only one recent piece of good news for Seguin. Over the past year, the city has attracted $156 million in investments from global manufacturers, promising hundreds of new jobs for its residents and others living nearby. This satellite city with a population of 30,000 and annual revenue of $25 million has beaten others in the growing San Antonio-Austin corridor to some of the biggest investments in the region.