State lawmakers kick off new session on Tuesday; COVID-19 expected to have big impact on this session

(Seguin) — The 87th Texas Legislative Session officially begins on Tuesday in Austin. A number of key legislative goals will be considered during this year’s session.

State Representative John Kuempel will be among those participating this year. The Seguin Republican says COVID-19 will have a huge impact on everything during this session. He says it will impact everything from the number of bills filed to how they will handle the swearing-in ceremonies to start the session. 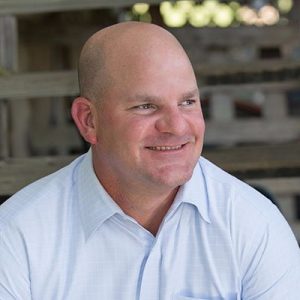 “We get sworn-in Tuesday, but leading up to that, since the pandemic broke out last March — there was reservations of whether we’d be able to meet or not. We are constitutionally obligated to meet every other year for 140 days, and it was in the conversation of whether we were going to come back, (and) how we were going to come back. So with all that said, I think the safety protocols and what needs to happen and implemented, we will be sworn in next Tuesday with the very different feel. (My wife), Michelle, and I have to get COVID tested Tuesday morning at the capitol before we can go onto the House floor. We will be seated at different times on the House floor in different groups just to keep crowds and the number of people that are together down while we get up there and get sworn in,” said Kuempel.

COVID-19 was already placing some limitations on the opening of the session, but last week’s attack on the U.S. Capitol Building also makes it a little bit harder for them to open things up this year.

“We had planned on opening the (Texas) Capitol back up Monday and as soon as what transpired in Washington D.C., the capitol was closed and I assume it will remain closed as we go through the ceremony of getting sworn in,” said Kuempel.

The new session will begin with new leadership in the Texas House of Representatives. Kuempel says Dennis Bonnen will no longer serve as Speaker of the House, and it appears that Dade Phelan will become the new speaker.

“There is the presumptive speaker and you say presumptive, (he hasn’t) even been sworn in yet, but it’s done. It’s a good friend of mine, Dade Phelan from the Beaumont area. He’s a good University of Texas Longhorn, that has been in state government for a long time. He was a staffer, I know, under Senator (Tommy) Williams and even Representative Williams back in the day, and he’s been around the building for a long time. He’s got a good level of common sense, and I look forward to Dade’s leadership and really look forward to working with him,” said Kuempel.

There will likely be a number of COVID related bills debated this session. There’s been lots of talk about how the state should handle future shutdowns. Gov. Greg Abbott drew praise from some and criticism from others during the shutdowns that occurred last year. Kuempel says if there are any changes to how that happens in the future, it should be done so collectively with input from the governor.

“Any decision that the governor made was going to be scrutinized one way or the other. Now, we have a better template of what we can do and maybe we do write something — and I’d certainly asked the governor for help on it — just for the future legislature to come in and to lay that template down, write down those rules and this is what will happen in the case of a pandemic,” said Kuempel.

Kuempel says the governor and other state leaders were in a no-win situation during the early days of the pandemic. He says he thinks the state is better prepared for these kinds of situations going forward.

“In hindsight, you look back and see what he did in March and April. Was it the right thing to do at the time? Probably because we didn’t know what was going on but then we started understanding this virus and understanding what we could do safely and today, I think we’ve come back to some kind of normalcy and that’s just because people are wearing their mask, people are social distancing, people are keeping apart but again after the holidays, here we go again. Nothing is going to be shut down anymore. It’s just too catastrophic for the state economy, but we’ve got a better idea of what we could do if this situation ever arises again,” said Kuempel.

The pandemic had a huge impact on voting during November’s general election. The governor extended the early voting period by a week, and some counties looked for creative ways to allow people to get to the polls early. Kuempel was asked if the state’s voting laws will be looked at during this session to better spell out the voting process in Texas. He says it’s likely that there will be lots of discussion about this issue.

“There certainly will be election laws that will be introduced, election legislation that will be introduced and there will be talk. Our job I think is to just make sure that people trust the election system, it is transparent and trustworthy and knowing that they go vote, knowing that the folks that are voting by mail — everything is done on the up and up. We’ve seen certain instances in Arizona and Pennsylvania over the last two months but just erase any kind of doubt that something is going on that’s detracting from our fair and legal voting system,” said Kuempel.

Kuempel says he believes in the voting system and process in Texas, but he says he’s open to looking at ways to make it better and to make sure the integrity of the state’s elections is not called into question.

“People are going to form their own opinions about anything. I trust the system in the state of Texas, but there may be some hitches here and there. You can look back at Florida 20 years ago and some of the things that they implemented. Maybe we need to look at that, and other states need to look at some of things Florida did. There’s different precedent across the country that make good sense that we shouldn’t fail to look at,” said Kuempel.

This session hasn’t started yet, but it already feels a little bit different. There haven’t been heated discussions over social issues going into this session. That has not been the case in the recent past. Whether it was the bathroom bill or a ban on gay marriage, there not been the same level of rancor leading up to this session. There has been some talk about protecting the budgets of police departments across the state, but beyond that Kuempel says it’s been a much calmer start to the session. He says COVID-19 might have something to do with that, but it also might be a new way of doing things.

“There is a quietness this time and I don’t know if that’s — we are having a new speaker that maybe they are just gauging what Speaker Phelan is going to do or how he’s going to manage, how he’s going to lead. But at the same time, there is a quietness and it going back to where we were talking about some of the social issues and driving issues that we’ve had in the past. They are just not there. They are not there. I think more people are worried how we are going to do it from a physical standpoint. How we get in? How we meet? How committees meet. What is going to be — what is typically a normal process of bill movement. Who can come testify? Who are they going to let in the building? It’s going to be totally different,” said Kuempel.

COVID-19 won’t just help frame some of the bills they discuss, but it will also likely have some impact on the overall legislative process. Kuempel says the Texas Capitol Building usually comes to life when the legislature is in session, but he says things will definitely be different this year.

This story is first of two stories that we will feature on the upcoming legislative session. On Tuesday, we’ll take a look at Kuempel’s views on some of the other key issues that are likely to come up during the session, including budget challenges, infrastructure needs, public education and redistricting.