Seguin Gazette: Students get inside look at career paths during shadow program 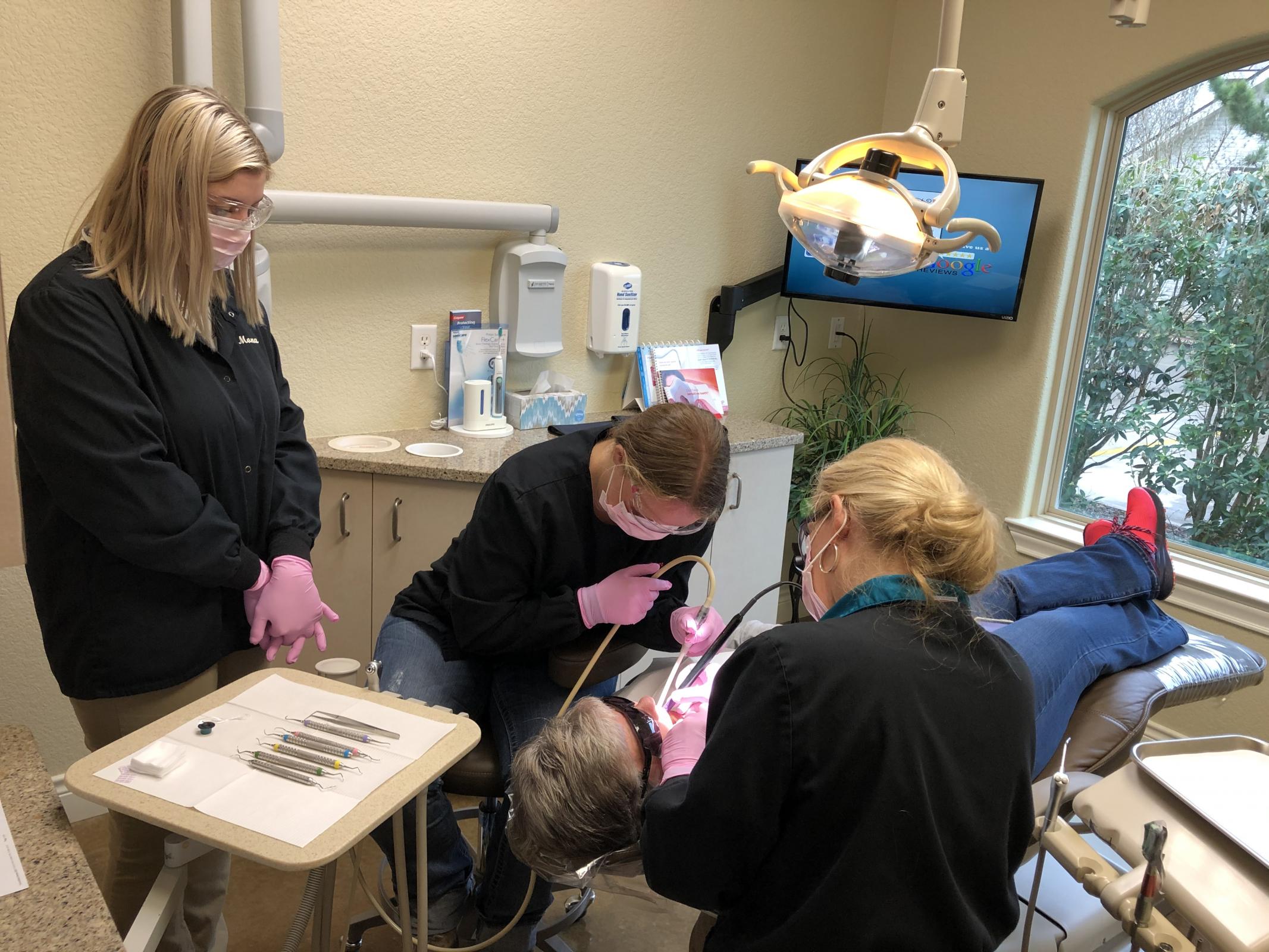 More than 70 students participated in the Seguin Job Shadow Day, a program where the teens, shadow jobs at several locations around town, including the Seguin Police Department, Connover Veterinary Hospital and Guadalupe Regional Medical Center.

“I love it,” Seguin Fire Battalion Chief Frank Herrera said. “I think it’s a good idea to have young folks come in and visit with us and get familiar with the job, especially since they are interested in the profession. We look forward to having them come out and visit with us and to get fresh minds that are really interested and asking a lot of questions.”

After convening at the Central Fire Station in the morning, the three students were dispersed with one student at each of the city’s three separate fire stations.

“[We do that] to give them a broader look at the department, and each one gets to get on a firetruck that we have in service,” Herrera said.

Parrish, who spent the majority of his day at Station 3, said it was a riveting experience.

“It was pretty awesome,” he said. “It’s been pretty cool to see what they do. And I got to see some hands-on action, which was really nice.”

During his time on the job, Parrish rode with Seguin firefighters to several calls.

The first call proved uneventful to the senior; however, the second was a matter of life and death, he said.

Hunter, who hopes to one day work in the medical field, described her time at station one as an experience she will never forget.

“It’s been really fun. I’ve got to go on two major adventures and see and learn different things,” she said. “Most people can look on T.V. and be like ‘Oh, this is what this looks like,’ but you actually get to be here in real life. It’s way different, but it’s a good different.”

At Station 2, DeLeon said he spent his day getting to know some of the firefighters and was impressed with their stoicism.

“I got excited when we got a call … they (first responders) were pretty calm,” he said. “It was surprising how quickly they changed from being friendly to having to get hands-on and do their duty. It was cool watching them do it. It was just another day to them, and they didn’t freak out or anything, which is pretty impressive.”

“I want to be a surgeon, but I might definitely volunteer,” he said. “I’ve always been interested in firefighting. It’s always been cool to me how brave they are, and I hope to be as brave as other firefighters and police and all those other guys one day. So, this is a good stepping stone for me.”

While the students shadowed Barfrede they had the opportunity to get hands-on using dental tools to spray water and use suctioning equipment on patient’s mouths.

“I found it interesting because you don’t see what they do when you’re in the chair and can’t see what’s going on,” Poole, 17, said. “I thought it was interesting to see how many different tools they use, and it's not just one tool they have to switch tools to examine certain parts.”

Ragland, who said visiting the dentist is her favorite doctor’s appointment, said her time at the office has opened her eyes to the possibility of joining the field.

“I’ve been keeping my options open for now, but I love going to the dentist because I like the way it feels,” she said. “Being an assistant was really cool because we got to talk to doctors and patients and hand them stuff and learn a lot.”

The student’s showed no fear when taking to their roles alongside Bargfrede, she said.

“I gave them the opportunity, and they were eager to step right in,” Bargfrede said. “I think it’s a really neat program. It’s nice to give students an opportunity to see something that they may or may not know about, because it’s hard for them to choose what they want to be or what their career might be in the future. So to have that exposure, whether it’s here or at the police department or fire department or any of the other industries that are doing It, I think it can be an eye-opening experience.”

Registered dental assistant and office manager Dee Dee Burns said this is the second year that Tier One Dental participated in the shadow program, and they plan to do it again next year.

“In our office, not everybody’s been to college,” Burns said. “We have lots of different levels of education. So I think that’s really important to let those students know who aren’t [ready] for college, it’s okay to take some time and figure out what you want to do for a career. Without each one of us here every day we don’t function as smoothly, so the person with a college degree is just as respected as the person with a high school diploma, and that’s an important thing for young people to understand.”

Working at the office requires more than skills with a plaque scrapper or performing fillings, Burns said.

“It’s important for young people to understand that a lot of times in the environment that you’re working in, you are working as a team, not just as an individual,” she said. “So you have to have skills to be able to get along with different personalities and be flexible and willing to help out. In our office, it's not just the people that work here but the patients that come through the office, and we want to help make them feel as comfortable as possible.”

Burns said she hopes the Seguin Economic Development Corporation, the Chamber of Commerce, and area school districts double down on the program.

“I think [they] should do this more than once a year,” Burns said. “I think they should do it in the spring and the fall so that you can hit up more kids that might want to sign up. I understand it takes a lot of coordination, but what's neat about our community is a lot of times young people are so excited to get out of Seguin, but then you see them come back. They want to come home and work for local organizations and businesses because it's a great place to raise a family, and this kind of exposure helps that.”

Joe Martin is a staff writer with the Seguin Gazette. He can be reached at joe.martin@seguingazette.com.